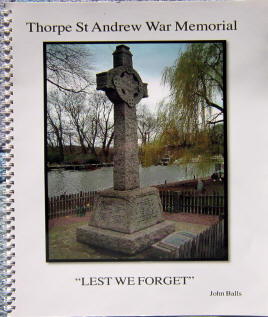 This is a newly revised version of Trevor's book, first published in 2002, It takes the form of an imaginary two mile journey along the Yarmouth Road, starting at Harvey Lane and ending at Boundary Lane. In taking this journey It tells the story of the growth of Thorpe from the mediaeval period up to the nineteenth century and describes many of the buildings - some of which are No longer there - that lined the road. It is available from local bookshops.

Origins of the Street and Road Names of Thorpe St Andrew, price £6.


Written by Thorpe men Dale Wiseman and Roger Pointer this new book is a
gazetteer of the town's road and street names in a handy volume. Their research
has enabled them to provide the detail behind the signs we pass every day.It

also includes essays on some of the more interesting names linked to Thorpe
such as Boulton and Paul and the CastonFamily. This book is sold out but a second hand copy may be found online or in local book shops.

Published in 2014 to coincide with the centennial commemorations of the outbreak of the First World War John's Lavishly illustrated book is a carefully researched tribute to the men who died during that conflict and whose names are recorded on the Thorpe war memorial on River Green.. It includes servicemen of many
different backgrounds such as Captain Frank Haldenstein, son of wealthy shoe manufacturer Alfred Haldenstein of Thorpe Lodge, killed in France in 1917, and Claude Kysh, who died of wounds after the end of the war in November 1918.
'Thorpe St Andrew War Memorial' can be obtained direct from John Balls at 01603 433712 or email “john1912@btinternet.com”. 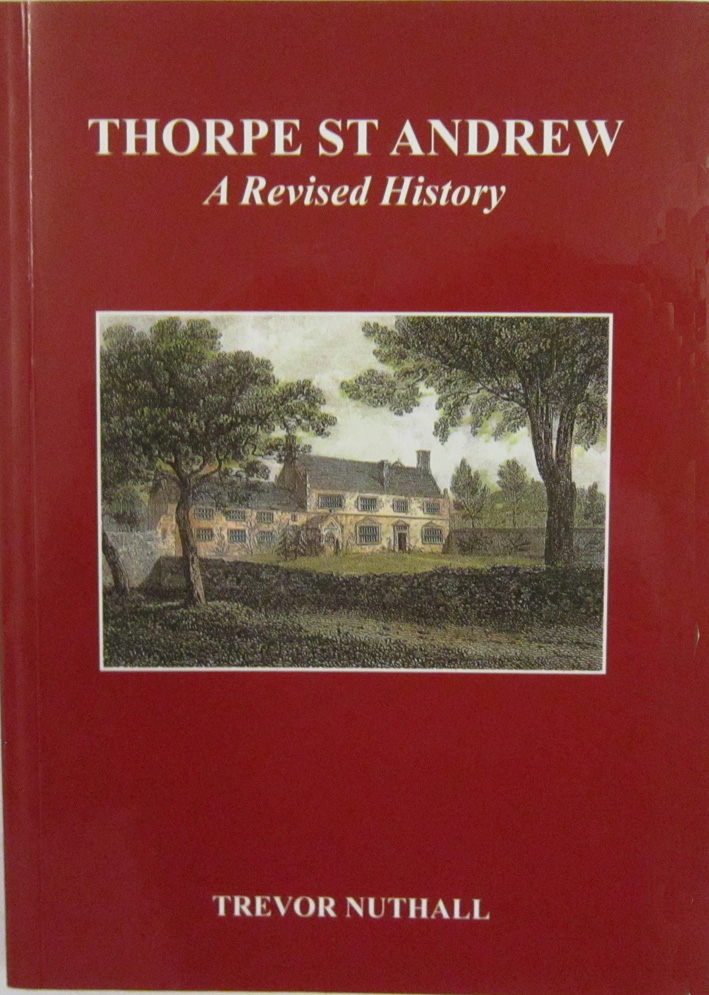 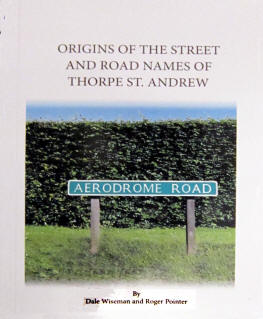 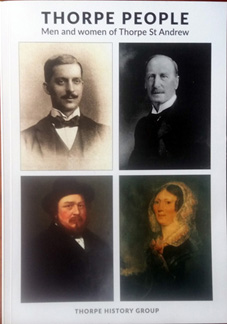 Thorpe People is a cooperative venture containing articles written by John Balls, Lesley Barrett, Pam Harwood, Richard Johnson, Malcolm Martins, Nick Williams, and Dale Wiseman. It features 24 biographies of people who over the past 350 years have played an important part in the life of Thorpe St Andrew as it has grown and changed, from Mary Chapman, the founder of the Bethel Hospital to Janet Smith, the founder of the first Thorpe History Group. It includes many of the so called 'great and good' who owned much of the area such as John Harvey and William Birkbeck, but also includes those who made their own way in life such as the Hobrough family and Charles Fox.